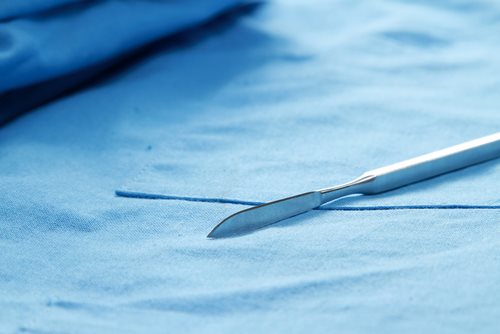 Women who are interested in changing the appearance of their vulva may want to pay attention to a new study released in the journal Obstetrics & Gynecology this month.  According to the study, the reasons that women seek out these cosmetic procedures are largely aesthetic, and they are often misinformed by internet sources about the risks and effects that they will see after the procedure is complete.

Currently, approximately 90 percent of people seeking any type of cosmetic surgery to change the appearance of their genitals are women.  The study in Obstetrics & Gynecology says that women seeking labiaplasty procedures (the most common genital “rejuvenation” procedure, in which the inner labia are reduced in size significantly) are generally concerned that they do not appear normal.

The researchers concluded that most, if not all, of these women had very little to be concerned about: their labia were definitely within what was considered a normal range of sizes.  However, current trends for pubic hair removal and the appearance of women in pornography makes some women feel that their anatomy is a problem.

One of the most shocking facts that the researchers discovered was that vaginal “lifts” and labiaplasty are being recommended for patients who are getting younger and younger.  In one case, the researchers noted that a girl of just 11 years old was referred for a labiaplasty even though her anatomy was within normal limits and did not cause her discomfort.

Websites advertising these procedures often contained a mix of correct and incorrect information about what the expected results could be.  About half of the websites studied by the researchers promised women that they would be able to experience more sexual pleasure if they had labiaplasty or vaginal tightening surgeries.

They also noted that the websites in question tended to display a disgust with normal female genitals.  Because the sites were intended to promote surgery, the study says, they tended to invite negative comparisons to any genitals that didn't look the way that the surgeries make them look.

When women with normal genitals were referred to one clinic, they were told that their appearance was normal and asked if they would like a referral to counseling that could help them with their body image and self confidence.  While some of these women took the referral, over 40 percent of women who were told their bodies were normal still wanted to pursue surgery through any means necessary.

Currently, studies show that many of these procedures can actually reduce sensation, and their long term effects are unknown.  Several lawsuits are already pending against providers of vaginal rejuvenation procedures.  The Obstetrics & Gynecology study authors are calling for comprehensive policies to regulate the way in which providers of these surgeries are allowed to advertise.  Otherwise, the researchers warn that there could be public health ramifications if normal women and children continue to believe that their bodies are wrong and in need of surgical correction.