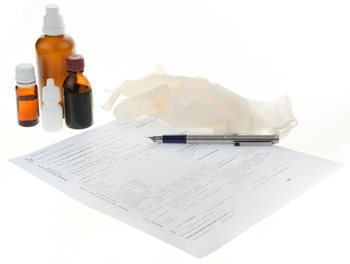 What is a Misdiagnosis?


• A misdiagnosis is an inaccurate diagnosis of a medical ailment. Medical professionals can misdiagnose an individual depending on a number of factors; however, in most instances a misdiagnosis is delivered through a negligent action taken by the medical provider or physician. An erroneous diagnosis can take on a number of forms—sometimes a medical problem is identified when the patient has no such ailments, or a diagnosis can be classified incorrectly. Examples of the latter include a doctor who diagnoses a tumor as benign when it is in fact malignant.

• A misdiagnosis is a medical error, and although it may be difficult to gauge given varying symptoms or the presence of inaccurate statistics, all forms of misdiagnoses will portray some form of externalities or adverse side effect.

Contact a medical-malpractice-lawyer to acquire legal advice and assistance.


Reasons for a Misdiagnosis?

• There are a number of reasons that will cause a misdiagnosis. People often times blame negligent actions or laziness for an inaccurate diagnosis; however, a misdiagnosis can arise for a number of medical reasons. That being said, the presence of a misdiagnosis may award an individual the right to file a medical malpractice suit.

• Reasons that would not necessitate or warrant a medical malpractice suit for a misdiagnosis include: faulty or malfunctioning medical equipment, a patient’s discretion to conceal critical information, a language barrier between the medical professional and the patient, or a situation in which the symptoms of the ailment did not match the universal diagnosis.

• Reasons that would necessitate or warrant a medical malpractice suit for a misdiagnosis: a negligent action taken by a doctor, a failure to adhere to the code of conduct necessary for all doctors to abide by, or a blatant wrongdoing that stems from laziness or the doctor’s inability to deliver a routine medical action.

Consequences of a Misdiagnosis

• The consequences of a misdiagnosis are variable; for example if a patient’s biopsied tumor is misdiagnosed as malignant when it is in fact benign, he or she will undergo unnecessary medical operations. This obviously would adversely affect the individual’s health and would invariably result in a medical malpractice suit.

• In order for the misdiagnosis to be considered malpractice, the individual must suffer a direct loss through a physical damage. Undergoing unnecessary surgery or chemotherapy will inevitably result in a negative effect in the form of unwarranted scars, sickness, and the loss of wages. These instances are grounds for medical malpractice suits; the individual will file a medical malpractice suit to obtain a recoupment for the losses suffered.