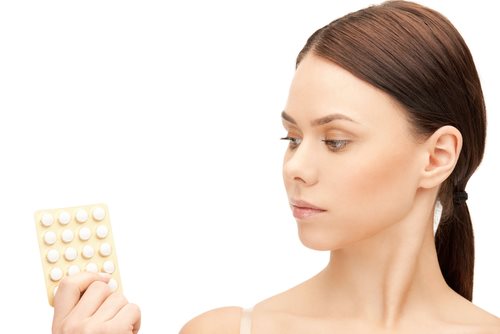 68 percent of women in America who are having unprotected sex say that they would be able to get birth control if they didn't have to first obtain a doctor's prescription.  While hormonal birth control pills are substantially safer than many types of over the counter medication, obstetricians and gynecologists have tended to lobby for it to remain presciption-only, for both economic and safety reasons.

However, that may all be changing in the near future.  The American College of Obstetricians and Gynecologists (ACOG), the biggest organization in the U.S. for doctors involved in women's reproductive healthcare, now says that it approves over the counter access for some types of hormonal birth control.

Safety concerns have always been the primary reason that doctors and health departments in the past have shied away from letting any woman purchase the Pill at her local pharmacy.  Of particular concern to many physicians is the possibility of pulmonary embolism, which can be deadly.

However, the ACOG Committee Opinion about OTC birth control access shows some startling figures: while there is indeed a risk involved with taking birth control pills, the risk of pulmonary embolism is much higher during labor and the post-partum period.  ACOG notes that several other very commonly ingested over the counter medications, like acetaminophen (Tylenol), have substantially worse side effect profiles including permanent liver damage.  These side effects are a much more common than significant side effects from birth control pills.

One of the advantages that the ACOG sees in allowing over the counter access to birth control pills is that this allows women to buy several packs at once.  It's much more likely for women, especially young women, to continue using birth control when they have access to several packs at once.  ACOG reports that their trials show significantly higher continuation rates for women who receive 7 pill packs than those who receive three.

Until recently, one of the biggest reasons that obstetricians were reluctant to throw their support behind over the counter birth control was that birth control prescriptions brought women to the doctor for preventative care like Pap smears when they otherwise may not have done so.  However, ACOG says that this is not a sufficient reason to withhold oral contraceptives, because this examination is in no way relevant to starting a regimen of birth control pills.

With Obamacare now helping women to obtain free birth control from their insurance providers, the new recommendations may actually cost insured women more, while costing uninsured women substantially less, if they are enacted.  However, the greater ease of access to birth control may make it so that many more women can use reliable contraceptive methods without worrying about the cost of a doctor visit or the embarrassment of invasive examinations simply to get contraception.